Tom Hiddleston Asked Chris Hemsworth to Hit Him in the Face And, Uh, It Didn’t End Well 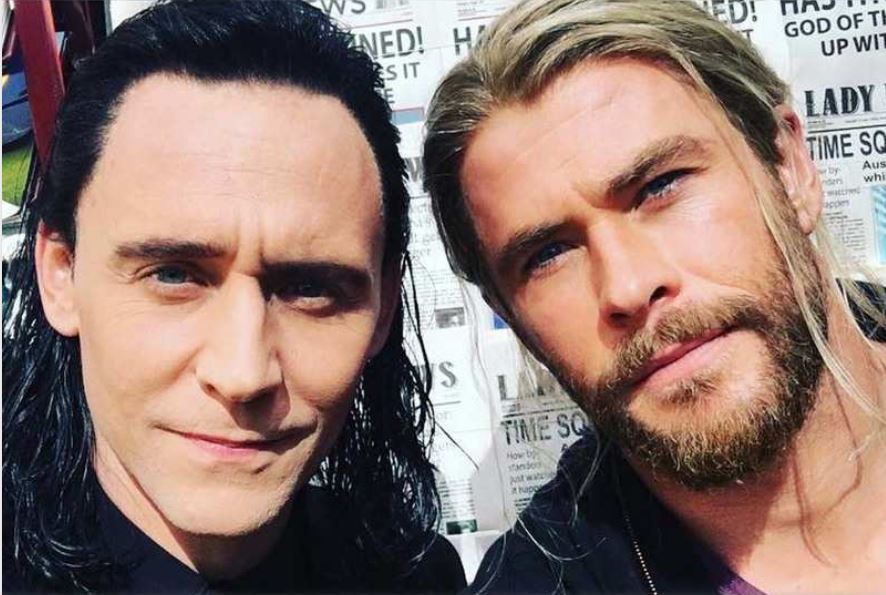 Frozen peas need to assemble to Tom Hiddleston's face ASAP.
Though you may know him best as Loki—brother to Chris Hemsworth's Thor, of course—in the Marvel franchise, the Brit actually has extensive experience performing in Shakespeare plays. His skills, clearly, are diverse. Except when it comes to a face-off. "I mean, fighting Chris Hemsworth, you're going to lose," Hiddleston joked on Monday's The Late Show "Let's face it."
Indeed, combat onscreen is a helluva lot harder than on stage. "On film, it's all about angle when you're fighting," he continued. "So you're trying to get the angles of the different parts of the choreography to tell the story."
And while working on The Avengers in 2012, he just couldn't master those moves. Which lead to a series of unfortunate events, to say the least. "Thor had to strike Loki across the face and I was wearing the horns, which weigh about 30 pounds," admitted the 38-year-old. "I couldn't really sell the hit, the smack. So I just said to Chris, ‘I think you should just hit me in the face.'"
Absolutely terrible idea.
"I went down like a stone," he recalled. "And I supposed, on stage,, when you're doing a fight, you have to do it every night 100 odd performances. I think if I was being hit in the face by Chris Hemsworth day after day, I don't know if I would be able to mange that. It wouldn't be sustainable."
But at least he didn't use his hammer?
These days, he's prepping for his Disney+ breakout show, which despite host Stephen Colbert's pleading, he literally cannot talk about.
"I I can tell you this," he finally conceded. "In the years since Avengers: Infinity War and Avengers: Endgame, which came out this spring, two questions I've been asked: 'Is Loki really dead?' and 'What is Loki doing with that cube?' It's always the cube somehow. And this series will answer both of those questions."
Phew.