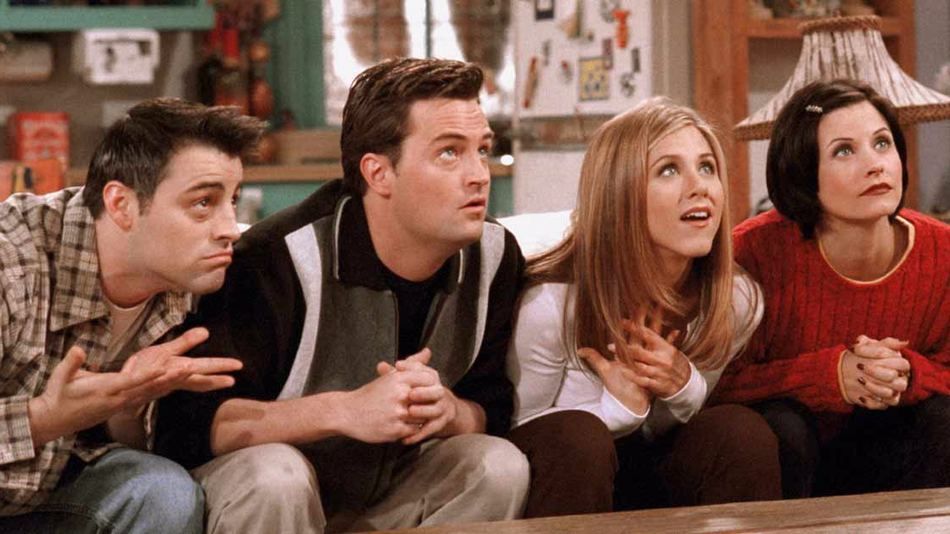 Free yourselves from the shackles of your couches, your beds, and your beanbag chairs, fans of Friends. Friends is coming to theaters.
For the first time, Phoebe, Monica, Chandler, Joey, Ross, and Rachel are heading to the big screen in celebration of the show's 25th anniversary, Fathom Events announced Monday. You can check out the episodes that will be featured on the Fathom Events page.
12 Friends episodes will be screened at more than 1,000 theaters in the U.S. across three days: Sept. 23, Sept. 28, and Oct. 2. Not only will fans get to see some of the most iconic episodes on the big screen for the first time, the episodes have been remastered in 4K from their original 35mm film negatives.
In addition to the episodes, there will be exclusive interviews and some never-before-seen footage from the show at the screenings.
Tickets will be available for all three showings beginning on Aug. 16 through Fathom Events.
Of course, if you're not that into Friends, you can always watch the show on Netflix before it moves over to HBO Max in 2020 or just catch episodes through syndication on TBS.